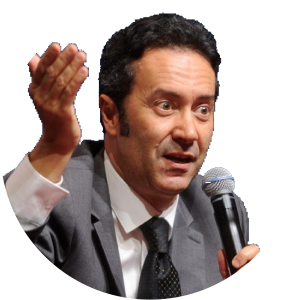 Prof Zyed ZALILA is the CEO-Founder of the Intellitech [intelligent technologies] R&D company and its R&D director. He holds a PhD degree in fuzzy mathematics from Université de Technologie de Compiègne (UTC), a M.Sc. in Applied Mathematics and Artificial Intelligence from UTC and an Authorisation to Oversee Research. Since 1993, Prof Zalila has taught fuzzy theory and its applications in this same university.

In 1990, he applied his research in fuzzy mathematics to invent the concept of “virtual driver” and ”lounge in motion”: his first ADAS (Advanced Driver Assistance Systems) are operational on open roads, in partnership with RENAULT.

In 1993, he proposed the theory of Fuzzy Relations of order N (FR-N) to allow the design of robust symbolic universal approximators of non-linear multidimensional functions resisting to imprecision, uncertainty and subjectivity of real world data.

In 1998, Prof Zyed Zalila created Intellitech, a company specialising in decision-making software that integrates the latest advances in Artificial Intelligence (FR-N theory, inductive machine learning). Since 2003, he has implemented a pivotal part of Intellitech's strategy: to offer a universal professional solution for Automatic Discovery of Predictive Decision-making Systems from Big/Smart Data, which does not require computer programming and which discover expert systems whose decision strategy is fully intelligible and whose predictive reliability is at least as efficient as Open Source AI techniques.

Since 1991, Prof Zalila has led numerous research projects in fuzzy mathematics and their applications. He is co-inventor of 8 patented fuzzy ADAS in 15 countries, and in 2000 invented xpark!® the world's first automatic parking system, operational in the most difficult situations. Since 2002, he has been the inventor, designer and co-developer of the various generations of the xtractis software robot for Robust, Explainable and Intelligible Predictive Modelling of complex processes by Augmented Fuzzy Artificial Intelligence, whose rights are protected worldwide. Annually, Prof. Zalila gives nearly 50 public and private introductory lectures on this disruptive AI.

We offer our clients cutting-edge AI technology to reinforce their AI-driven decision-making for critical and strategic processes in the most reliable and transparent possible way. 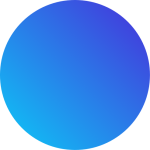