Created in 1998 by the founding president Prof. Zyed ZALILA, INTELLITECH is a French Research and Development company. His objective is then to create a company specializing in the design of intelligent systems, developed Fuzzy Mathematics, his research discipline and which he teaches at UTC (Université de Technologie de Compiègne).

Naturally situated in Compiègne, INTELLITECH has grown over the years with a team of R&D engineers all graduates of UTC, laureates in this discipline and strongly involved in the development of the company to achieve the common objective, that to make INTELLITECH a pioneer company in Fuzzy Artificial Intelligence.

INTELLITECH is thus meeting the strategic challenge of the Automatic Discovery of Robust and Explicable Predictive Knowledge, essential to strengthen the automation of decisions in critical and strategic processes and so-called autonomous systems.

INTELLITECH was initially active in the automotive sector to design intelligent driver assistance systems, and has diversified the field of applications of its solutions over time.

The results of Fuzzy AI research conducted since 1988 by Prof. Zalila found their first applications in the development of several Advanced Driver Assistance Systems (ADAS), aimed at making driving safe, economical and comfortable. the INTELLITECH team initially distinguished itself in 1990 in the design of the first RENAULT autonomous vehicle operational on open roads.

The xpark! system, the first operational automatic parking system, is the invention-property of INTELLITECH [WO 0174643], the result of eleven years of R&D. This system allows the vehicle to park automatically and perfectly in a changing environment. It reproduces the parking strategy of an expert driver, especially in very constrained situations: small spaces, narrow streets, erroneous perception or change of the environment, any kind of obstacles… Tested in more than 45,000 real situations in Europe, our prototype xpark !, presented as a world premiere at the IAA in Frankfurt in 2005, was the first rolling vehicle to offer such a high level of service.

All of these driver assistance systems are actually fuzzy “hand-built” expert systems, and the use of Fuzzy Mathematics gives them the ability to automatically adapt to user and to environment, just as a human driver would do. But their design requires long trial and error cycles before being fully operational.

But what if, instead of proceeding through these trial and error cycles, we could automatically generate such expert decision systems?

In 2002, INTELLITECH began to develop its xtractis approach, and to concentrate all its R&D efforts in the field of Predictive Modeling for the automatic discovery of Robust and Explicable Decision Systems. The idea was to design a universal solver allowing to automatically carry out the work of designing intelligent systems with efficiency, whatever the field of application, thanks to Augmented Fuzzy AI and the unique concept of Fuzzy Relations order N.

Like any breakthrough innovation based on new mathematical concepts, xtractis has been making its way for a few years by taking advantage of the latest hardware technologies dedicated to high performance computing, to establish itself as a reference solution for a robust, intelligible and explainable AI.

that made the history of INTELLITECH

Doctoral thesis UTC (University of Technology of Compiègne) in mathematics: “Theory of Fuzzy Relations of order N” by Zyed ZALILA. 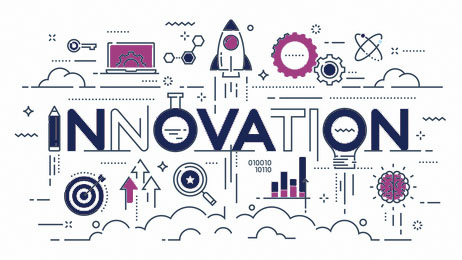 Foundation of INTELLITECH in 1998, spin-off of UTC, a 100% private R&D company, for the design of intelligent systems.

International extensions of xpark! patent – WO0174643. Demos of the xpark! simulator to tiers 1 and 2 automotive manufactureres. ANVAR innovation financement for the xpark! project.

Extension of xpark! automatic parking on the cob and in battle.

First models of customer liking and of sensory expert from instrumental measurements / formulations.

First French presentation of version 1 of the xtractis Modeling Robot.

xtractis for Product Design (playability of a video game).

Leave us a message!

We use cookies on our website to give you the most relevant experience by remembering your preferences and repeat visits. By clicking “Accept All”, you consent to the use of ALL the cookies. However, you may visit "Cookie Settings" to provide a controlled consent.
Cookie SettingsAccept All
Manage consent

This website uses cookies to improve your experience while you navigate through the website. Out of these, the cookies that are categorized as necessary are stored on your browser as they are essential for the working of basic functionalities of the website. We also use third-party cookies that help us analyze and understand how you use this website. These cookies will be stored in your browser only with your consent. You also have the option to opt-out of these cookies. But opting out of some of these cookies may affect your browsing experience.
SAVE & ACCEPT